The House of Filigree started in Porto with the aim of contributing towards the preservation of Portuguese filigree, a cultural heritage of incalculable value which is under threat. Vanguard Properties is embracing this noble cause through its manifesto ‘The thread that unites us’, with the creation of two extraordinary pieces that celebrates what is among the best handiwork in Portugal.

Portuguese filigree, the ancestral art of working with gold thread by hand, turning it into intricate and beautiful pieces of stunning jewellery, has the additional charm of taking the know-how and mastery of the craftsmen which has been refined over the centuries, and turning it into one of the most lasting national  artistic heritage handiworks.

Crafted at a pace which is very much its own and which this exquisite workmanship demands, and is not always valued as the unique art form that it is, filigree has more recently been copied in cheaper, mass produced forms which have tarnished its essence and which has inevitably threatened the existence of this centuries-old goldsmith’s handicraft technique.

It was in order to counter this trend that the House of Filigree was founded in Porto in 2019.  The workshops which are in a XIXth century building in down town Porto  was created by Luísa and Pedro Rosas, who belong to a family that has for generations been dedicated to high-class jewellery and watch jewellery.   Profound connoisseurs in their area and known in the profession for their high standards and aware of the dangers that this traditional craft is facing, they decided to create a premises that integrates a museum, with a permanent display dedicated to Portuguese filigree and an atelier where the goldsmiths  are working in front of the public, as well as a boutique with exclusive collections that can be purchased by visitors.

At a time when this traditional activity is facing a particularly difficult situation as a result of the pandemic, the project mentors have launched the manifesto “The thread that unites us” -  #ofioquenosune - which aims to attract the Portuguese to this cause, thereby contributing to retaining the jobs of the craftsmen and partners involved.

Vanguard Properties, remaining true to its slogan - Inspired by art, designed for living - whereby art, in all its diverse forms, is one of its foci, has decided to join this initiative through an order for the creation of two exclusive pieces, a bracelet and cuff links designed by jewellery makers and the project’s developer, Luísa Rosas.

The two pieces, the cotton bracelet with a central piece in gold and the silver cuff links, both with hand crafted filigree motifs, are inspired by the lotus flower, a symbol of life, strength and rebirth, appropriate attributes for the days in which we are living. The two pieces which are beautiful for their contemporaneity, also express the Rosas’ goal when they decided to embrace this project: to associate the best of artisan know-how to the design in such a way as to create exquisite pieces of high class jewellery capable of providing a future for this valuable tradition. 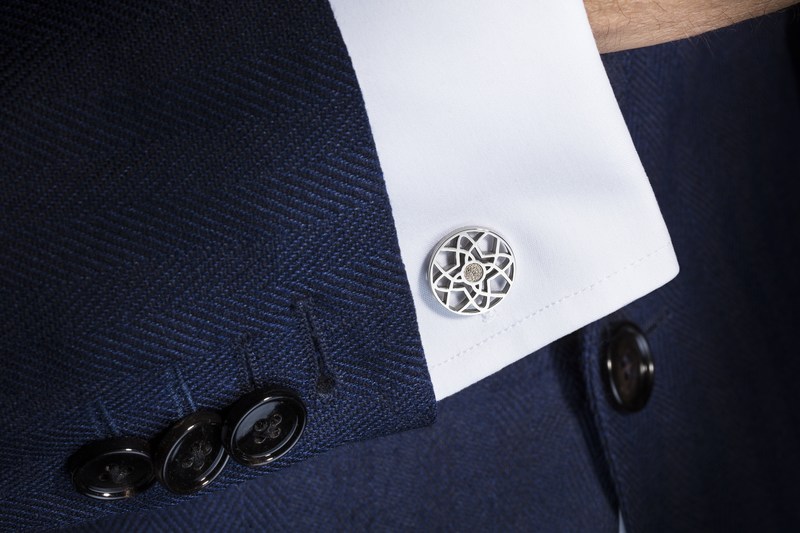